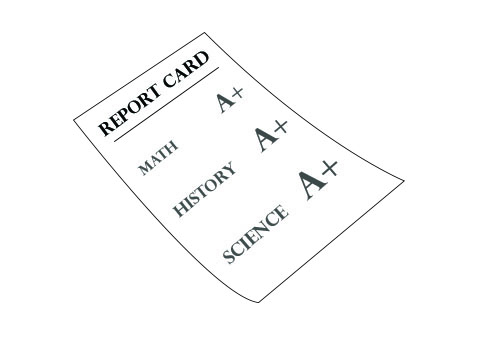 Many students have a love-hate relationship with May.

Even though it is the last month of school, May is filled with the long-dreaded Advanced Placement and International Baccalaureate exams. The pressure to pass these standardized tests increases because of the grade-bump policies often used as a benefit in these already difficult AP and IB classes.

However, grade-bump policies differ from school to school.  Some students rely heavily on their AP test scores for  in order to strengthen their sometimes mediocre grades, while other students do not rely on them at all.

At Vista Del Lago High School, many AP teachers do not change the grades of students based on AP test scores.

“The grade you get in the class and the AP score you get are two separate things,” said Prakruthi Sreenivasamurthy, a senior from Vista Del Lago High School.

Due to the lack of grade-bump policies in Sreenivasamurthy’s classes, her work ethic might be different from other students who rely on the policy.

“I am more detail-oriented,” Sreenivasamurthy said. “(I am) worried whether or not … one point can make the difference between an A and a B.”

These grading policies are more dependent on the teacher rather than the class itself. Although the general bump-up policy at Vista is, according to Sreenivasamurthy “at least .5 (percent) away from the next letter grade,” in one of her classes, she didn’t get the bump.

The fairness of these varying policies is contested. Some teachers at Roseville High School, who teach advanced courses, even have a double bump policy where a 75 percent in a class can result in a B on a student’s transcript – additionally, the B is weighted because of the rigor of the class and becomes equivalent to an A.

“It’s definitely not fair because it shows you were not putting in the effort,” said Grace Lyu, a senior at Granite Bay High School. “It isn’t fair to the people who actually worked hard, but still got (the C) just because their teacher didn’t have the double-bump policy.”

However, Lyu personally benefited from a grade bump on her AP Government test from teacher Jarrod Westberg. Lyu, who is an IB student, took AP Government last year as a junior.

Additionally, Lyu said she believes grade bumps can be useful especially because of the competition among students for admission into prestigious colleges and the policy may act as a safety net for a student’s grade.

Although they are standardized, “AP tests seem to vary in difficulty (in) some classes,” Lyu said. Thus introducing the idea that the weight of an AP test score should vary based on the difficulty of a class.

Grade bump policies in “the courses of the math department (are) uniform,” said Scott Becker, an AP Calculus and IB math teacher at GBHS.

The AP Calculus and IB math classes at GBHS “bump only one grade out of the four (quarter grades),” Becker said.

Tanvi Mehta, a GBHS senior, utilized this opportunity in both her math classes with Becker.

“I got a 5 percent grade bump,” Mehta said. “So my grade went from a B to an A after I passed my tests.”

For Becker, this kind of grade adjustment is perfectly appropriate.

“(It shows) that you have mastered the material to a particular level,” Becker said. “Even if your actual grade was a little below that.”