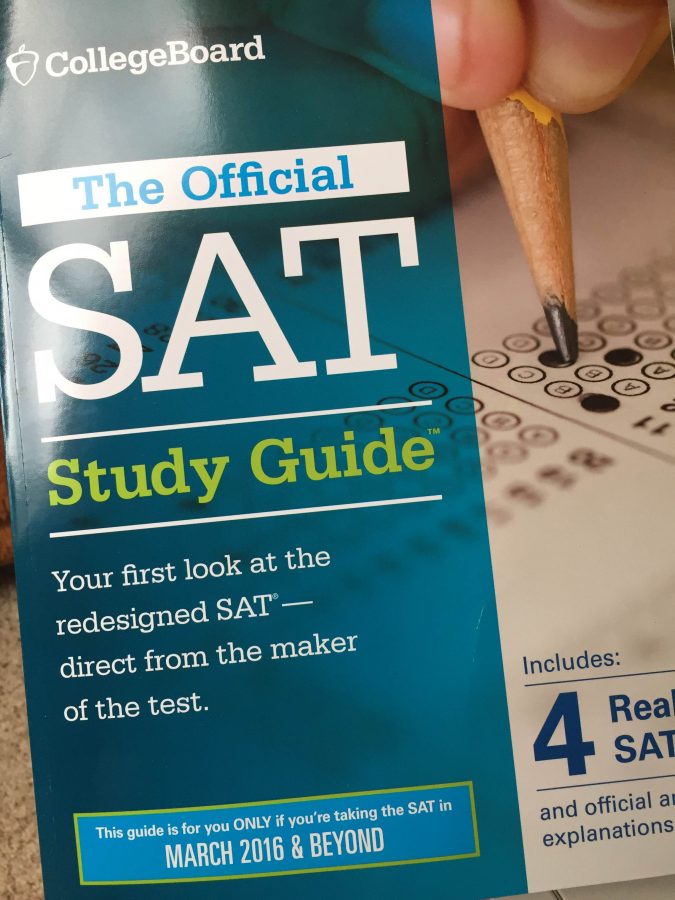 The SAT is one of those things almost every high schooler experiences during their educational career. Along with AP classes and Honors courses, it is just as important of a factor in the admissions process for colleges.

However, a separate writing section was then added, making the test out of a possible 2400 points. For the past few years, the SAT has been scored on this scale, with a possible 800 points in three categories – math, reading, and writing.

In 2015, The College Board decided to revert to the original format of one math section and a combined reading and writing section, which once again brought it back to a total of 1600 points.

A numerous amount of structural changes have been made, including reducing the amount of answer choices from five to four, adding a non-calculator portion to the test, and assigning fewer sections with longer time limits.

Additionally, the SAT essay portion has become optional and has gone from a general argument essay, where students stated their position and provided examples, to a rhetorical analysis.

David Tastor, an English teacher at Granite Bay High School, as well as an instructor for the English portion of the SAT, believes the essay is definitely more challenging for those students who have not taken Advanced Placement Language and Composition in their school career.

“I would encourage students who want to do well on the SAT– even if they’re not AP English type students– that they at least take AP Lang,” Tastor said. “Rhetorical analysis is such a core foundation piece of writing in AP Lang, so the students will have that opportunity to see that and practice it and hopefully be successful with it.”

Of the three types of essays AP Lang covers, rhetorical analysis is one of them, allowing students who take the course a deeper insight of what will be presented on the new SAT.

Aside from the essay, the remaining portion for the English section of the test has only changed in terms of the way questions are asked.

“Now you have more reading,” Tastor said. “The old exam went in chronological order, but the  the new exam doesn’t, so now you actually have to read the material. It’s more strategy based– in the old exam, you didn’t have to deal with the content so much. You can’t do that anymore because the chronology is gone.”

The new SAT workshop offered at Granite Bay High School will focus on the application of content, which the test emphasizes.

The number of possible points isn’t the only thing that is changing. There seems to be a noteworthy shift in content, especially in the math section.

Previously, math scores were statistically higher than critical reading scores, but it seems like  the new test might turn that statistic around.

Scott Becker, the instructor for the math portion of the SAT workshop offered at GBHS, as well as a Calculus teacher here on campus, believes the most significant change in the SAT is the increase in reading, especially for the math section.

“The biggest thing is almost everything is presented in context now, which means that there is just a ton of reading in the math part,” he said.

Along with a  new way of presenting the questions, new concepts are also being introduced.

“They added some actual mathematical content, so they have things like trig …  they have nonlinear systems, and they have more statistics stuff, like standard deviation,” Becker said. “There’s also a huge focus on linear functions.”

Since the new SAT is yet to be administered in March for the first time, study materials are limited.

Khan Academy and The College Board have teamed up and provided 4 practice tests along with free test prep for those who are preparing for the March test and onwards.

It is well known that practice definitely does make perfect, especially for the SAT.

“It has to become habit, and not just a one time thing,” Tastor said.

Regardless, the lack of practice tests available can be concerning.

“In order to well on the test, you have to understand the material,” Becker said. “The best way to study has always been to take the actual tests that The College Board  publishes.”

But how are students expected to practice when only four tests are available?

Mr. Becker emphasizes how finding materials as similar as possible to those presented by The College Board will be the best course of action for those looking to score well on the new tests.

With the new content, structural change, and lack of study materials, deciding which test to take– the old version or the new– has proven to be quite the struggle for the class of 2017.

Junior Alex Dillabaugh chose this course of action to avoid the shift in SATs.

“I wanted to study the whole year for one test and not have to switch what I’m studying from the old SAT to the new SAT,” Dillabaugh said.

“You have to prepare for two tests if you plan on taking both of them , so it’s a lot of preparation,” Junior Autumn Mannsfeld said.

Regardless of the challenges, many students still plan to take the new SAT along with the old in order to have both for their college applications.

This raises confusion with how colleges will interpret two separate scores from different versions of the test.

“With colleges, I think it will be confusing having both scores,” Mannsfeld adds.

The change is inevitable for the new SAT. The faster people get used to it, the easier it will be for them to master the new form of the test just as efficiently as the old.

“I don’t know that the test is harder than it was,” Tastor said. “I think it will be more manageable for the students.”

“After taking the current version of the SAT, I think I will be more prepared.”