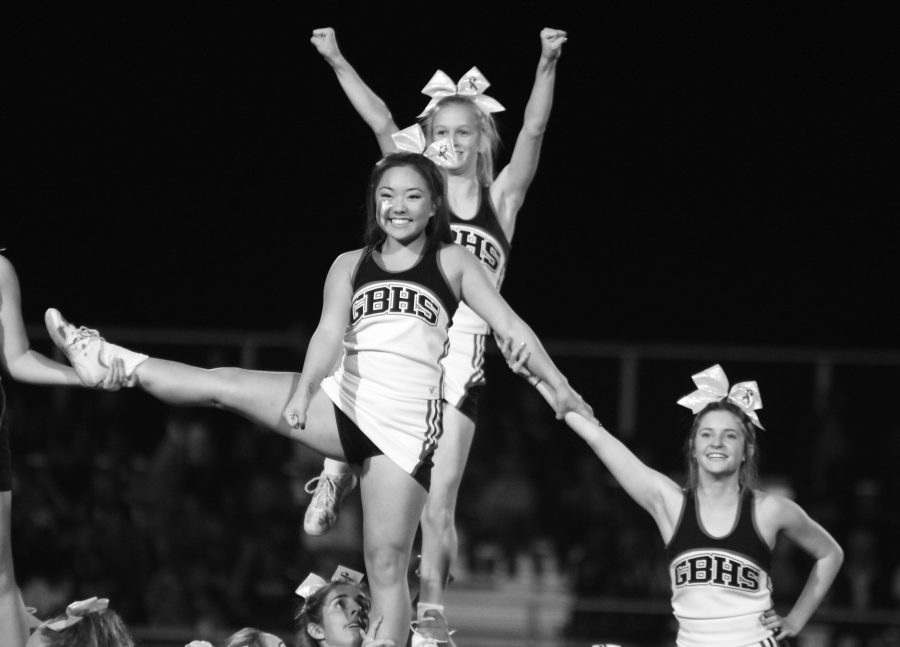 On Oct. 7, many Californians cheered as the latest bill was signed into legislation by governor Jerry Brown.

Though the bill was passed with an unanimous vote, several still believe cheerleading is undeserving of the new title.

“In my sports marketing class that I took last year … the whole class said (cheerleading was not a sport),” said Kendra Mullin, a senior cheerleader on the Granite Bay varsity team. “Sometimes we feel underappreciated because we are considered an activity but we train really hard and a lot of people can get hurt.”

In addition to the new label, the bill requires the California Interscholastic Federation (CIF), which governs high school sports in the state, and the  California Department of Education to develop guidelines and safety standards for cheerleading.

According to The National Center for Catastrophic Sports Injury Research, 65.2 percent of all catastrophic injuries in youth sports, including head, neck and spine injuries, occur in cheerleading.

With cheerleading being such a dangerous sport, proper safety regulations are in order. Most cheerleaders experience major injuries in their cheering career.

Mullin herself has had four concussions and recently got a scar on her lip from a flyer landing on her. Kylie Shimada, another senior cheerleader, currently has a concussion and has had several injuries in the past. Lily Williams, a freshman cheerleader, broke her right fibula, incapacitating her leg for over a month over the summer. The list of injuries is extensive and exhaustive.

Considering that it is such a dangerous sport, the fact that some still continue to trivialize cheerleading is a “slap in the face,” as Shimada put it.

Shimada has been cheering since the age of five years old, and has become unfazed by the danger. However, that does not make it any less real.

“Because we’ve been (cheering) for so long, it doesn’t seem that dangerous,” Shimada said, “(but cheerleading is) dangerous and it’s scary to (actually) think about what we’re doing.”

In fact, many seem to underestimate the risk that cheerleading presents.

“It was difficult,” said Reed Homen, who participated in the cheer routine with senior cheerleaders and football players. “I already had respect (for cheerleading) but (the routine) put it into perspective.”

The unappreciation cheerleaders experience can be frustrating, especially when they put in such effort. Including games, practicing, coaching junior grizzlies and the occasional event they put on, cheerleaders put in 7-9 hours per week.

“It’s upsetting to me and my team when we hear that (students) don’t appreciate our work (since) we’re doing it for the school,” Williams said. “We make it look easy, we make it look fun. That’s the point of it.”

But though there are stereotypes attached and it is very dangerous, cheerleaders still enjoy their sport.

“I love it. Cheer is like a second family (for me),” Mullin said. “I’ve grown up with these girls … and we’ve become a close family.”