Did College Board “skill it” with new SAT? 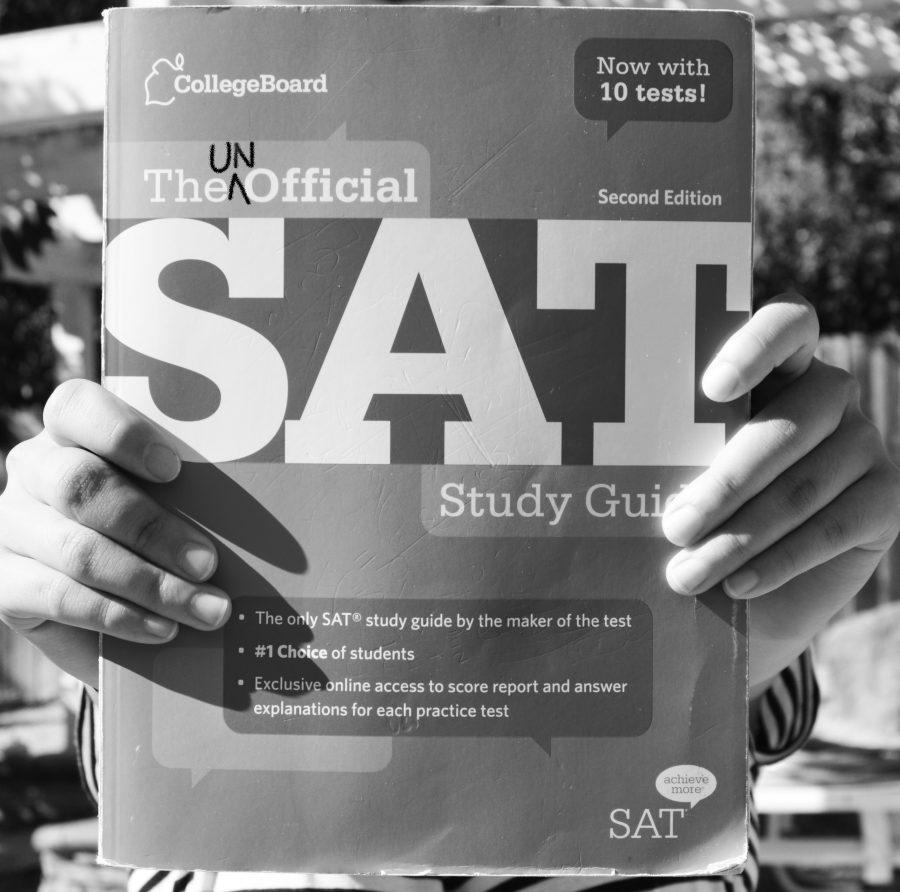 Despite having already taken the SAT, many UC-bound juniors will no longer require the minimum scores previously detrimental to the admissions process.

The SAT – a test known for evaluating students’ merits, allowing colleges to get a better perspective on choosing their future students – will be getting a new look, a new set of questions and a new scoring system.

The SAT that students have known and “loved” for the last ten years will soon be old news.

College Board didn’t tread lightly when changing the SAT.

While the old SAT math sections focus mainly on a student’s ability to solve equations and work out basic math problems, the new SAT has an emphasized focus on being able to bring “real life concepts” into the math sections.

Additionally, logarithms, trigonometry, use of radians and nonlinear systems will be tested on. And while these concepts aren’t necessarily beyond the Algebra II level, they do require more advanced mathematical practice than that needed for the old SAT.

There will also be a no-calculator section in the new SAT. For some, this is worrisome. However, there are students that find this transition to a no-calculator portion preferable.

“I feel that not using a calculator should be fine,” said junior Michaela Warady. “I think this means that there will simply be easier numbers to work with.”

Along with changing the math sections, revisions have been made to the writing portion of the test.

One major change in the writing is the essay will be optional instead of required. Rather than a 25 minute essay that asks students to support an argument, students will now get the choice to write a 50 minute essay.

This essay includes reading a passage and explaining how the author builds an argument to persuade readers. The objective for students will be to use evidence in the passage to support their explanation.

The new essay, more complex than that of the old SAT, mirrors an essay that could be found in a higher level English class. This might prove difficult for some students that haven’t taken certain classes.

“We have to teach rhetorical analysis in two hours, which should really be difficult,” David Tastor, teacher of IB English HL, AC Literacy, and AP Literature and Composition, said. “It’d really help kids if they’re taking  the AP Language course.”

Changes were also made to the reading section. Old SAT reading entailed testing on complex vocabulary words and reading passages, sometimes two paired together, and answering questions based on the passages.

The new SAT now incorporates infographics, tables and charts to accompany the passages. Analyzing the passages will be more pertinent than ever, and gone are the complex, lengthy SAT vocabulary words. In their place will be more words used in everyday language.

This change in vocabulary words is approved by many students, as the complicated words the old SAT would often use were deemed as useless.

“What is the point of knowing random words that nobody uses?” Warady said. “(Tests like these) are supposed to help us function in the real world, and knowing complex words doesn’t do that.”

While the change in standardized testing might have posed a problem for the instructors of the SAT workshops, Scott Becker, teacher of IB Math SL, AP Calculus, and the SAT math workshop, isn’t worried.

Along with the new SAT, the new PSAT will be making its way into students’ lives soon enough.  Come fall, 2015, the changes that the SAT is undergoing will be incorporated into the PSAT as well.

However, some students that will be taking the PSAT October 28 are ready.

“I think I will be fine,” said sophomore Karthi Chakaravarty. “I’ve been practicing and what is out for the new (PSAT) is a tool to study off of.”

Regardless of whether or not students are ready for new SAT or not, the 2016 changes are right on their way.

“Testing is testing,” Becker said. “It has its purpose. It’s supposed to demonstrate who can think critically.”

I think having questions like this because if you know what an equation is representing, you’d do better in the world.

I think I’d do fine because I’m usually really good at taking apart and putting together equations based on context but it’d be bad for the people that don’t pay particular attention to what makes up an equation.

I personally don’t like the change in the essay. I can argue personal opinions however using evidence to prove a point is a lot more difficult.

Also, people who haven’t taken AP Language will be at a disadvantage.

The people who guess are going to guess anyways. I personally like because I think this would help me get a better score.

“What is the point of knowing random words that nobody uses? .”

I think I’ll do worse on the reading portion because I’m not very good at figuring out what an author is trying to say when they are trying to be artistic or symbolic. I’m bad at analysing symbolism.